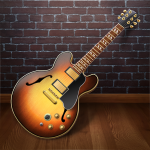 I’ve been working with a friend recently and she initially sent me some stuff that she recorded via GarageBand with a “Female Basic” instrument setting. We then later re-recorded into Live, but we’re finding that we actually like the versions she sent me. Now part of it is that I’m a mix/recording noob, and if I weren’t could easily emulate the sound in Live in about 5 minutes, but in the effort of just moving our sessions along, anyone know the chain and settings for the “Female Basic” Instrument in GarageBand?

I tried checking on the GarageBand in my iPad v1, but no such Instrument and it’s all up to date. Worst case she can drag her Mac over or I can go over and write down every last setting I suppose, but figured one of you savvy peoples may know.